Since any Redis client can query the cache, no changes are required for existing Redis clients to access data in Riak KV. If Redis doesn’t have the data in cache, it is accessed from Riak KV. Data is also automatically synchronized between Redis and Riak KV, increasing availability by allowing read-failures in Redis to be resolved by Riak KV and written back to the Redis cache.

Deploying Redis caching with Riak KV is as simple as specifying where the code should be deployed. Both static (configuration) and dynamic information (port numbers, etc.) are managed at the time of installation for both newly deployed instances and existing Redis installations. 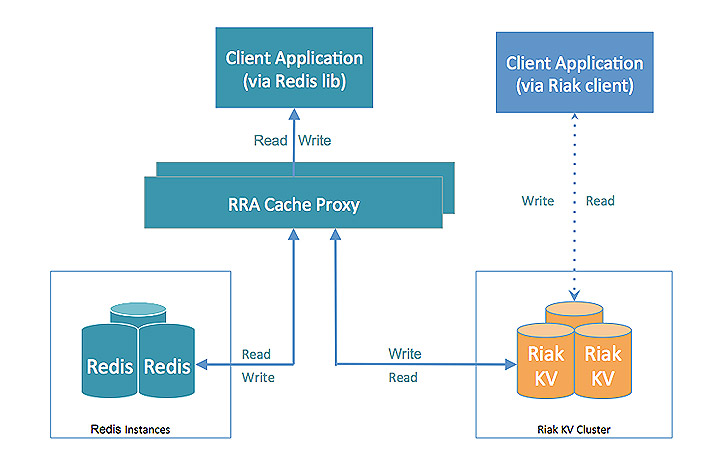 Some of the key functionality of the Redis Add-on include:

When your Big Data application has to be optimized for milliseconds, you need the speed of Redis combined with the power of Riak KV. The Cache Proxy increases performance by pipelining requests to Redis. Pipelining reduces network roundtrips to Redis and lowers CPU usage on Redis to increase overall application performance.

Managing the costs of Big Data applications is critical to your business. In the Redis integration with Riak KV, the Cache Proxy provides pre-sharding and connection aggregation as a service. This reduces latency and increases addressable cache memory space with lower cost hardware.

Get to market faster

In the highly competitive Big Data market, faster application development can give you a jump on the competition. Riak KV integration with Redis caching provides automatic sharding to eliminate labor-intensive and error-prone manual sharding. Also, the Cache Proxy eliminates the caching client code. This cache integration reduces the burden on your developers, helping you to get to market faster.