November features QCon San Francisco, developer conferences in the UK, AWS re:Invent and Defrag 2014. Take a look at where Riak will be during the next few weeks.

QCon San Francisco (November 3-5 in San Francisco, CA): QCon SF is a conference designed for architects, engineers and project managers to facilitate innovation in the developer community. Our own Seema Jethani will present on November 3 at 4:10 p.m. PT. Her session will explore how organizations can address the data challenge for the Internet of Things (IoT). 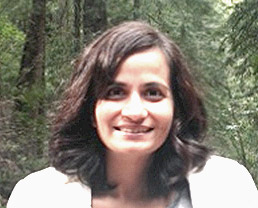 Code Mesh 2014 (November 4-5 in London, UK): Code Mesh 2014 brings together members of the tech community to discuss innovative technology and non-mainstream languages. We’ll be attending so stop by and say hi to the Riak team on November 4 at 16:35 UTC.

GOTO Berlin (November 6-7 in Berlin, Germany): The GOTO Berlin program is created “for developers, by developers” and focuses on the latest developments in the software community. We will be at stand #10, so if you’re attending come say hello! Sebastian Geidies, senior manager of SaaS operations at Meltwater, will present on Riak to the Rescue – Migrating Big Data at Meltwater on November 6 at 10:20 UTC.

AWS re:Invent (November 11-14 in Las Vegas, NV): AWS re:Invent is the largest gathering of the global Amazon Web Services community. We will be exhibiting at booth 319 and hear Riak Man will be making an appearance so stop by grab a T-shirt, snap some photos and tweet us @basho for a chance to win some swag!

Defrag 2014 (November 18-19 in Broomfield, CO): Defrag 2014 features discussions and sessions on cloud computing, APIs, mobile technologies, big data, DevOps, IoT and next-generation computer interaction. We are happy to announce our CEO, Adam Wray, has been selected as a keynote speaker. His presentation Can You Handle the Big Data Explosion? will be on November 18 at 5:30 p.m. MT. 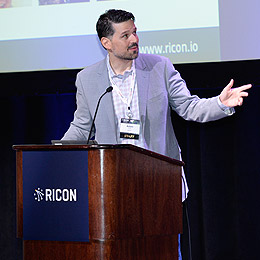 Internet of Things World Forum 2014 (November 25-26 in London, UK): The IoT World Forum brings together industry thought leaders to discuss innovations related to IoT. We will be attending so tweet us @basho if you’re interested in meeting the team.