Riak Control is a web-based administrative console for inspecting and manipulating Riak clusters.

Although Riak Control is maintained as a separate application, the necessary code for Control ships with Riak 1.1 and above and requires no additional installation steps. For details on setting up Riak Control, check out our docs.

Those are things you may already know about Control. Now let’s look at the changes in 1.4.

The riak-admin command-line tool has offered staged clustering since Riak 1.2. Riak 1.4 brings that functionality to Control.

The new Cluster Management interface allows you to stage cluster node additions and removals. Once the changes have been reviewed, they can be committed to the cluster. After being committed, Control displays partition transfers and memory utilization changes as they occur.

Staged changes to the cluster: 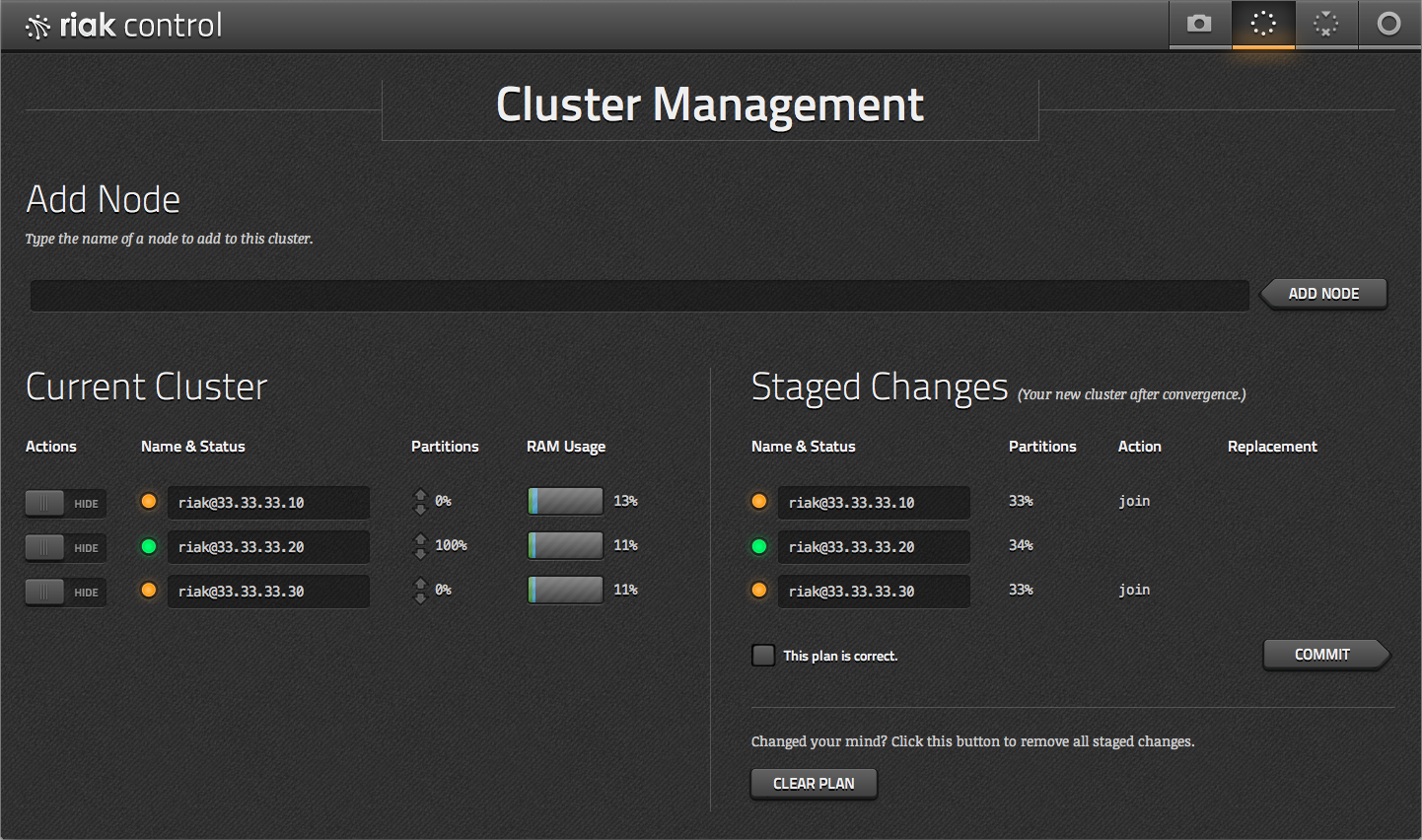 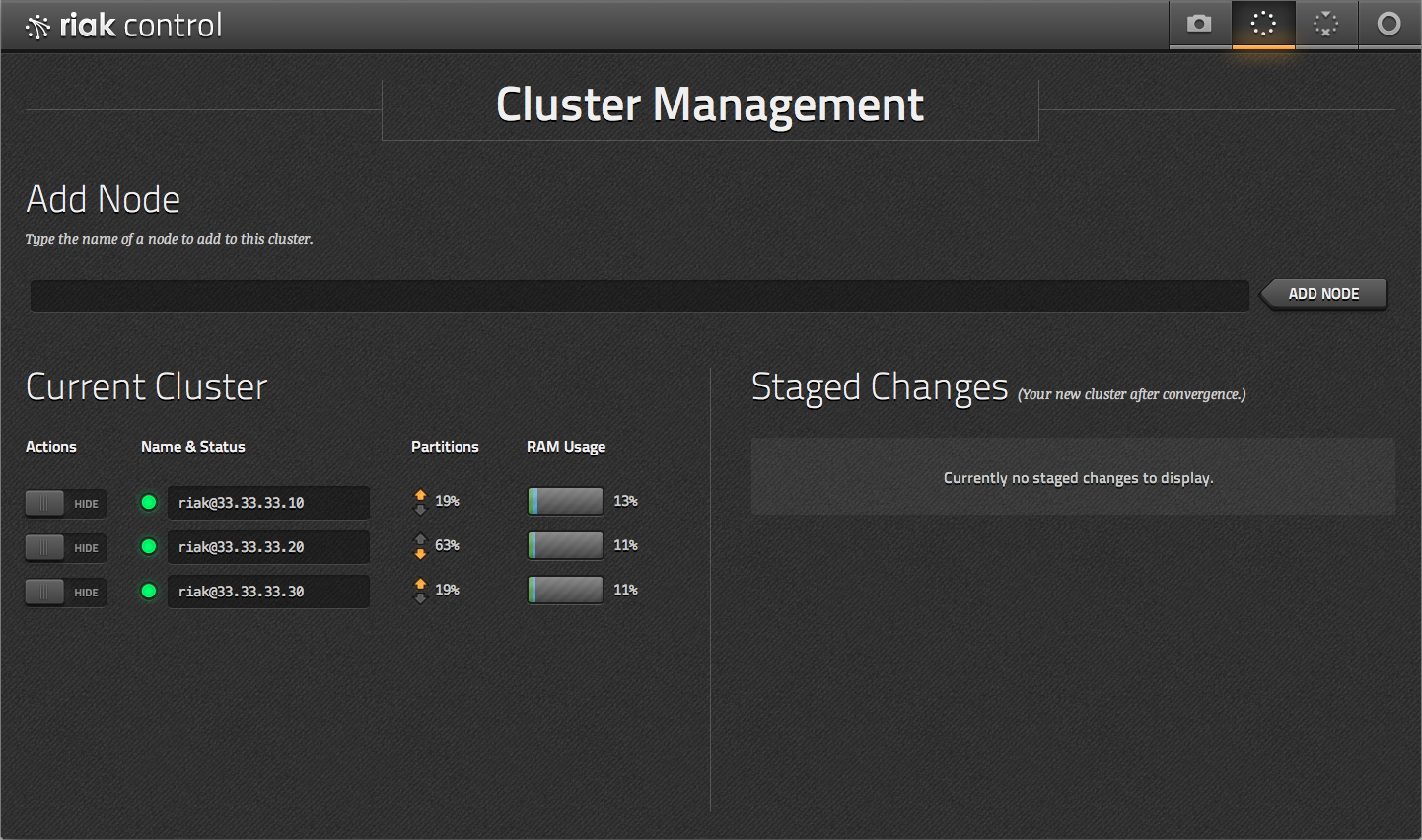 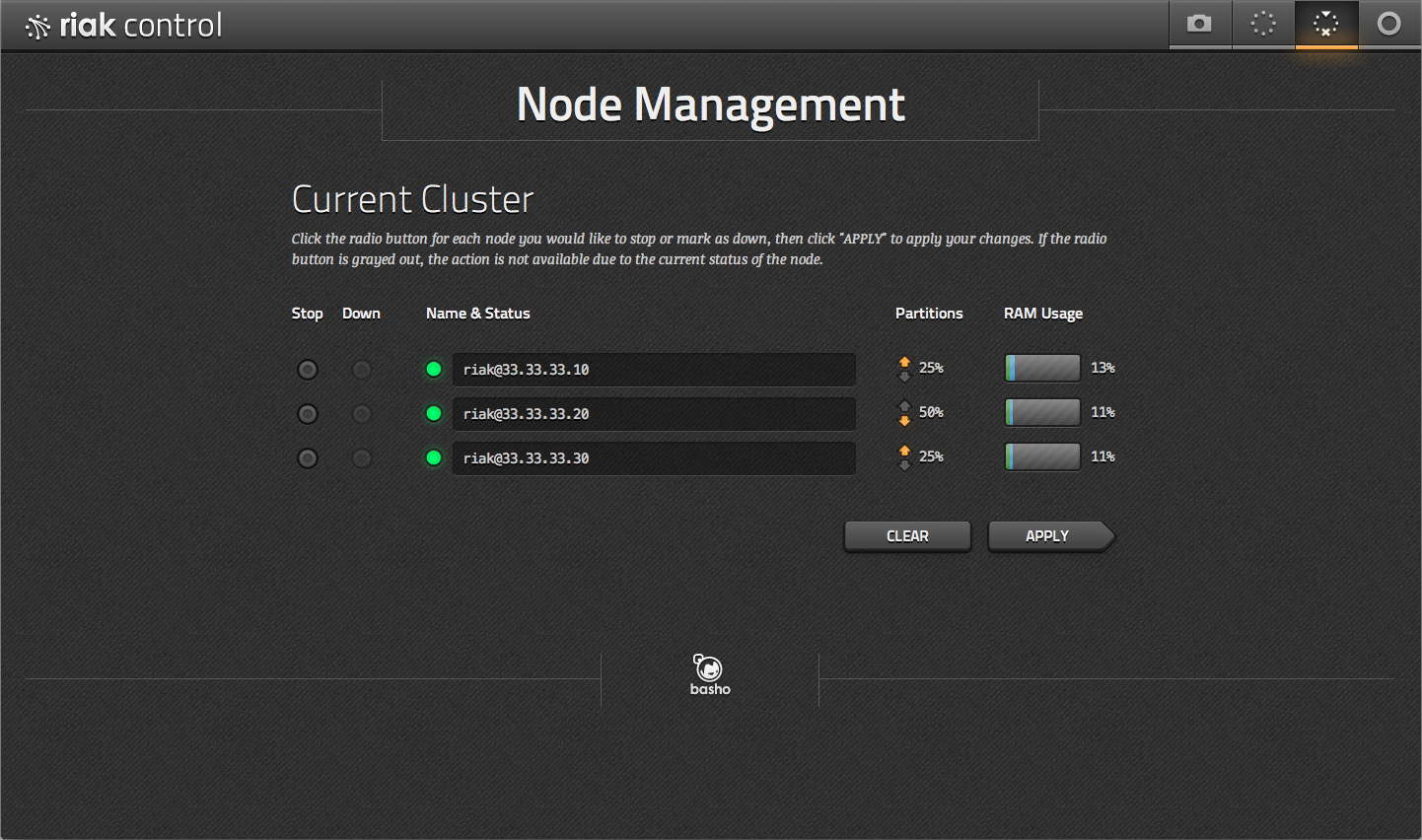 Riak Control’s modular design prevents users from having to understand every detail of its existing functionality to contribute. If you’re interested in contributing, we have outlined the process of setting up a development environment, as well as some basic rules for contribution.

Check out our Riak 1.4 announcement to learn what else is included in this release.